Where Good Ideas Come From (Yes, it’s a great idea. No, you’re not alone in your brilliance.) Getting In Sync

Here is an excerpt from the October Wired Magazine interview with Steven Johnson and Kevin Kelly. This part is so mission critical to the success of your ideas.

(NOTE: This note was inspired by a quote shared via Spike Humer:
”If you want to sail your ship in a different direction, you must turn one degree at a time.” Brian Tracy) 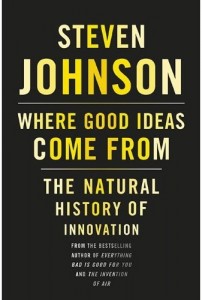 If you’ve ever heard this quote, you’ll get it:
“Don’t be the pioneer in any market. Pioneers get all the arrows”.

True. As an innovator, you will often use up all your resources trying to get the market (or even your business partners) to “get it”.

By then, more often than not you’ve run out of gas. And you’ve given the Fast Follower the big idea, and proven where the market will adopt. You just made the adoption process for your competitors 90% easier. All they have to do is execute.

Here’s the quote. It talks about the half-step and whole-step from one idea to another, rather than the chasm leap:

Johnson: Charles Babbage is another great case study. His “analytical engine,” which he started designing in the 1830s, was an incredibly detailed vision of what would become the modern computer, with a CPU, RAM, and so on. But it couldn’t possibly have been built at the time, and his ideas had to be rediscovered a hundred years later.

Kelly: I think there are a lot of ideas today that are ahead of their time. Human cloning, autopilot cars, patent-free law—all are close technically but too many steps ahead culturally. Innovating is about more than just having the idea yourself; you also have to bring everyone else to where your idea is. And that becomes really difficult if you’re too many steps ahead.

Johnson: The scientist Stuart Kauffman calls this the “adjacent possible.” At any given moment in evolution – of life, of natural systems, or of cultural systems – there’s a space of possibility that surrounds any current configuration of things. Change happens when you take that configuration and arrange it in a new way. But there are limits to how much you can change in a single move.

Kelly: Which is why the great inventions are usually those that take the smallest possible step to unleash the most change. That was the difference between Tim Berners-Lee’s successful HTML code and Ted Nelson’s abortive Xanadu project. Both tried to jump into the same general space – a networked hypertext – but Tim’s approach did it with a dumb half-step, while Ted’s earlier, more elegant design required that everyone take five steps all at once.

Johnson: Also, the steps have to be taken in the right order. You can’t invent the Internet and then the digital computer. This is true of life as well. The building blocks of DNA had to be in place before evolution could build more complex things. One of the key ideas I’ve gotten from you, by the way – when I read your book Out of Control in grad school – is this continuity between biological and technological systems.

Don’t let this keep you from innovation. Don’t let this steal your passion of being as fully creative as you can be. You were meant to be creative, regardless of whether that is a splash of paint on a canvas, or filling in the cells of a spreadsheet. Pick your poison and live it. 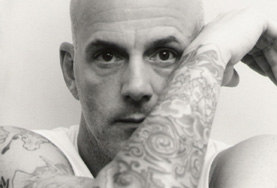 Example: In 1992, Wyatt Starnes and I had just finished an installation of 48 laser projectors for the Oregon Ballet Theater. Wyatt was the brain-child behind this PR event: Get James Canfield, at that time Director of Oregon Ballet Theater, to craft a dance around our laser projectors. Then have our launch party at the one place all of Oregon’s investment elite show in tux and tails. Along with the news. Smart.

We completed the install, and this was our debut. Time for lunch.

As we walked to the local micro-brew on the Portland waterfront, Wyatt asked “OK, so NOW what are your going to do?” Signalling we’d sort of achieved a pinnacle event. He knew I was more than ready to move-on (this was my 7th year in the industry, and my 4th laser company in that time. Yeah, I was no longer so fascinated with blinking lights, regardless of what David McInnis and Michael Drew might say).

My response? A story, of course. As we noshed on veggie burgers and locally-grown fries:

“Imagine being in flight from PDX to LA. You pick up the In-Flight Magazine.

One page is slightly thicker than another. Maybe cover thickness.

When you view that page, for a moment it’s nothing but Etch-A-Sketch silver, with a message “wait…” and a blinking cursor.

Seconds later, the page comes to life. The light from the window and overhead powers the mylar page, itself a photo cell. 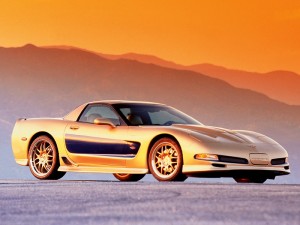 An Anniversary Corvette slides into view, the door opens, and you slip behind the seat. The gauges and windshield in front of you, you tear down the mountain road for 10 seconds, immersed in this pixellated but riveting dynamic presentation.

At the end of the video, it asks you to tear out the page, and drop your phone on the edge.

It dials out, the DTMF “screech” of an internal 56k modem (remember those, folks?) pulls your location, zip code and any socio-demographic details from your phone number.

A minute later you see the smiling face of the local ‘Vette dealer letting you know you can borrow that very same car for a week in Chevy’s new “Dream Drive” campaign.

Once every week that page beeps to let you know another event is ripe for your participation. A phone-drop to the page and you receive the new promo. A perpetual, dynamic, non-disposable ad.

I called it VideoPaper. (This was before CamelCase words were used… but it just had that ring to it.)

Wyatt smiled and said “I like it. Sounds like a very cool project. But how you going to do this?”

I knew it would take money, and lots of time. E-Ink, the foundational technology (what you are holding there in your Amazon Kindle), had not yet been invented. But I had a digital Etch-A-Sketch that cost $50 new, and I heard the LCD and electronics were less than $8. So you could get there from here.

But alas, it was too many steps to the market. Too many jumps for the Ad Agencies and the rest of the world to get behind such a high-risk, multi-step idea (where was Alex Bogusky then, huh?).

So I will launch http://www.VideoPaper.com/ this coming year. It won’t be about some bleeding-edge invention. It will simply aggregate ideas, advertisers and creatives to help pull the pieces together. Hopefully, this will be a media piece that makes Nicholas Negroponte’s dream move a little further down the road.

But no ads schlocking consumer crap-o’-the-week. Instead, branding to support modified TED talks as education for making sure our kids (and adults) have immediate, almost free access to the best and brightest minds in the universe.

In 1992, this was far too much a dream. A massive leap rather than a low-risk step.

As you’re dreaming up your NeXT Big Idea, keep this in mind. Don’t throw your big leap ideas away. Archive them for another day. If you’re dreaming them, chances are 10,000 other people are doing the same thing. It’s only a matter of time.

(If you get a chance, talk to David McInnis about this very same issue. His idea to “Repatriate America” using Chinese dollars and American Innovation was right-on. Just a few too many steps ahead of the market).

Footnote: In 1997 E-Ink was launched as a company, out of MIT Media Lab ( http://www.eink.com/ ). I contacted the management team just KNOWING I’d be welcome. (Who doesn’t need a rabid evangelist to harness geek technology into killer consumer products?)

The rejection letter was terse. My lack of formal advanced-degreed education was no match for the PhD-loving research scientists who ran the show (Dudes! I almost aced my GED! Do you really need a doctorate to pimp E-Ink!?). It took an ex-Wall Street guy named Jeff Bezos to really move the needle. I bet he didn’t need a sheepskin to get that interview…

1-Step. Half-step if you can make that work. Increment, or your idea may be seen as excrement.

PS. If you want to better understand the battle, go pick up your first month of http://www.FullStrength.com/, Shawn Phillips’ new shake company. His product is about 3/4 to 1 step ahead. His dream is 3-5 steps ahead. Subscribe to http://www.StartStrongMonday.com/ and watch the progress as the market catches up to Shawn’s vision.

If you enjoyed this article, please consider sharing it!

2 Responses to Innovation: Increment or Excrement?